Blockchain (as a technology) was originally formed as part of the digital currency called Bitcoin (which has been in the news a lot lately) which was released 9 years ago in the 2009. But the two are not the same as a lot of people think. Blockchain supports numerous applications and it is already in use across the world for peer to peer payment services, supply chain tracking and for things like transaction handling among many more. A Blockchain in many ways is similar to the way in which a traditional ledger (whom we have all seen at some point in our lives) keeps a record of transactions and other relevant and related data. These transactions can be transfer of money, goods or information. For an example – let us consider that you went to your local supermarket to buy some goods even that is a transaction.

If anyone ever tries to change, manipulate or delete any data in the chain, all the blocks (members) of the chain will be informed about it, which as a result increases the security and safety aspects.

Blockchain is basically a group of continuously growing records, called blocks, which are linked and secured using cryptography. Each block consists of some sort of a cryptographic hash of the previous block, a timestamp and the transaction data. A blockchain is resistant to modification of the data. It is an open, distributed ledger that can record transactions between two members very effectively and in a verified manner. For use as a distributed ledger, a blockchain is managed by a peer to peer network collectively adhering to a protocol for internode communication and validating new blocks. Once recorded, the data in any given block cannot be altered without alteration of all subsequent blocks, for which majority of the members of the chain should apprrove.

In today's world our transactions are verified by a central governing authority or a bank for instance. Blockchain applications can easily replace these sophisticated centralized systems with decentralized ones where verification can be done by the approval of the majority. (image - CBinsights) 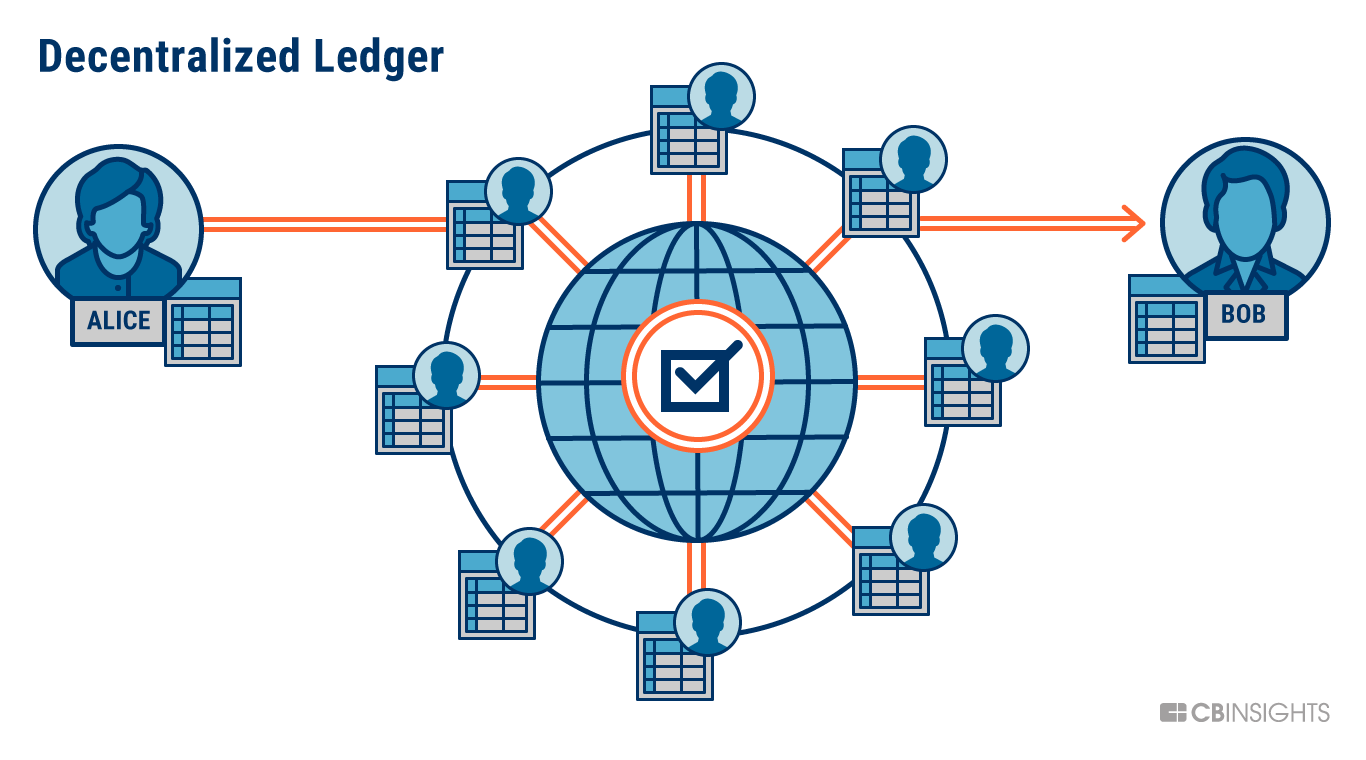 How does Blockchain work?

The transaction information is recorded and is shared throughout the netowrk so that other computers in the blockchain can access the same.

Building transactions into Blocks: On the network, the record is made into a block similar to a traditional computer database along with a time-stamp. All information is sequential, and helps in avoiding redundancy.

Connecting Blocks into a Chain: The complete block is sent out throughout the network, where it's added to the last element in the chain. Other members on the network maybe sending out their own blocks simultaneously. But the time stamps ensure that the data is added in the right order and all the members have the latest version. (image - half an hour) 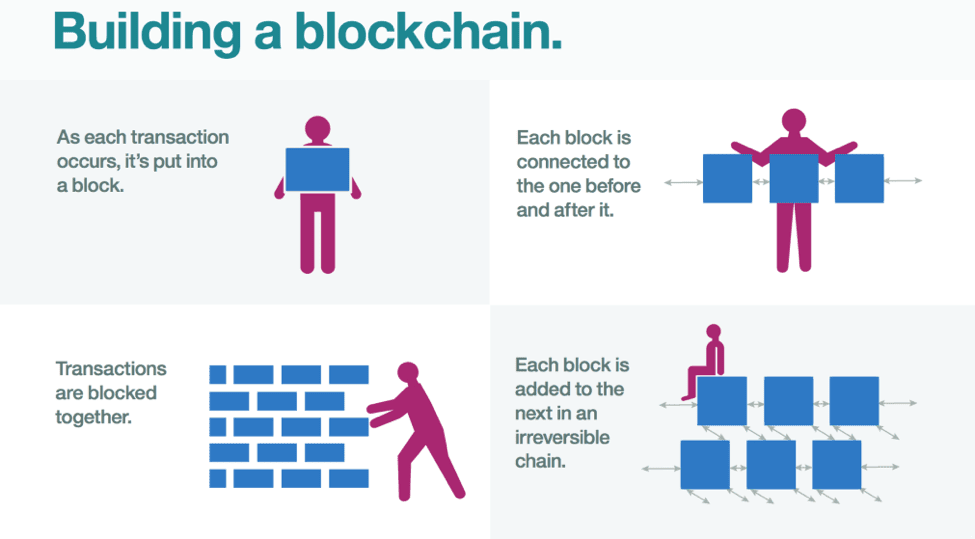 Blockchain as a concept is very secure, and that security comes from something called as the hash. The links between blocks are virtually unbreakable thanks to cryptic encoding. There exists a hash function which generates the hash (a unique string of characters) from the information present inside the block. The hash of one of the blocks is carried forward to the next block. So when the next block goes through the hash function, a trace of it is brought into the new hash of the newer block. This process continues across the chain. If there is an attempt to modify an existing block, the hash that's encoded in the next block won't match up with the previous one. The modifications at one block, will continue throughout the block and cause issues. As all the members have the complete list of the transactions, any discrepancy can be easily made out.

The technology is still new, but its potential is enormous. Here are a few examples as to how blockchain can possibly change everyday transactions. As blockchains establish trust, they provide a simple, paperless way to establish ownership of money and related information.

Some of the applications -

Traditional systems are really hard to maintain and often consume a lot of time. Complex things are required to ease the whole process which in turn consumes even more time. On the contrary, users tend to find blockchain much more effective and easier to maintain. Things like smart bonds and smart contracts have been introduced by a big number of companies. The former pays bondholders with their money one when the bond terms are met and the latter are digital contracts that maintain and execute themselves. (image - noah data)

The blockchain ledger can solve the problem of containment, car keys and pin codes for cars and phones respectively. It allows the blockchain to replace and replicate as and when needed.

An object is a ‘thing', if it is able to connect to the web and/ or each other and has a on/ off switch it becomes a part of IOT (internet of things). After the connection has been established the 'thing' becomes more than just an object. It is now people-people, people-things, and things-things. For example - your printer can automatically order refill for cartridges online. Your dishwasher can wash your dishes and leave an aroma of your choice on the plates. On a larger scale though, governments can use IoT to create smarter cities.

Personal identification includes D.O.B, citizenship, marital status, driver's license, and many more things which we use on a daily basis. Blockchain ID is an ID that will ultimately replace all these kinds of physical identification methods. In future, we can use one digital ID to login at any registrar. It is an open source platfor which is secured by the blockchain, and protected by a ledger of transparent account in use.

For blockchain technology to be fully utilized, it is necessary to educate the people around as to how this technology functions. Developers and companies working on blockchain need to work along with governments of different countries to ensure formation and execution of proper laws related to blockchain. Just like any thing else, there are certain set of benefits and drawbacks with any solution, and you need to consider these individually for each individual use case.

IGN @IGN
505 Games, the publisher behind Control, will handle Death Stranding's PC release instead of Sony.… https://t.co/cuHkKzP6Bq
2 months, 3 weeks ago